To add news, photos or updates to the website..... 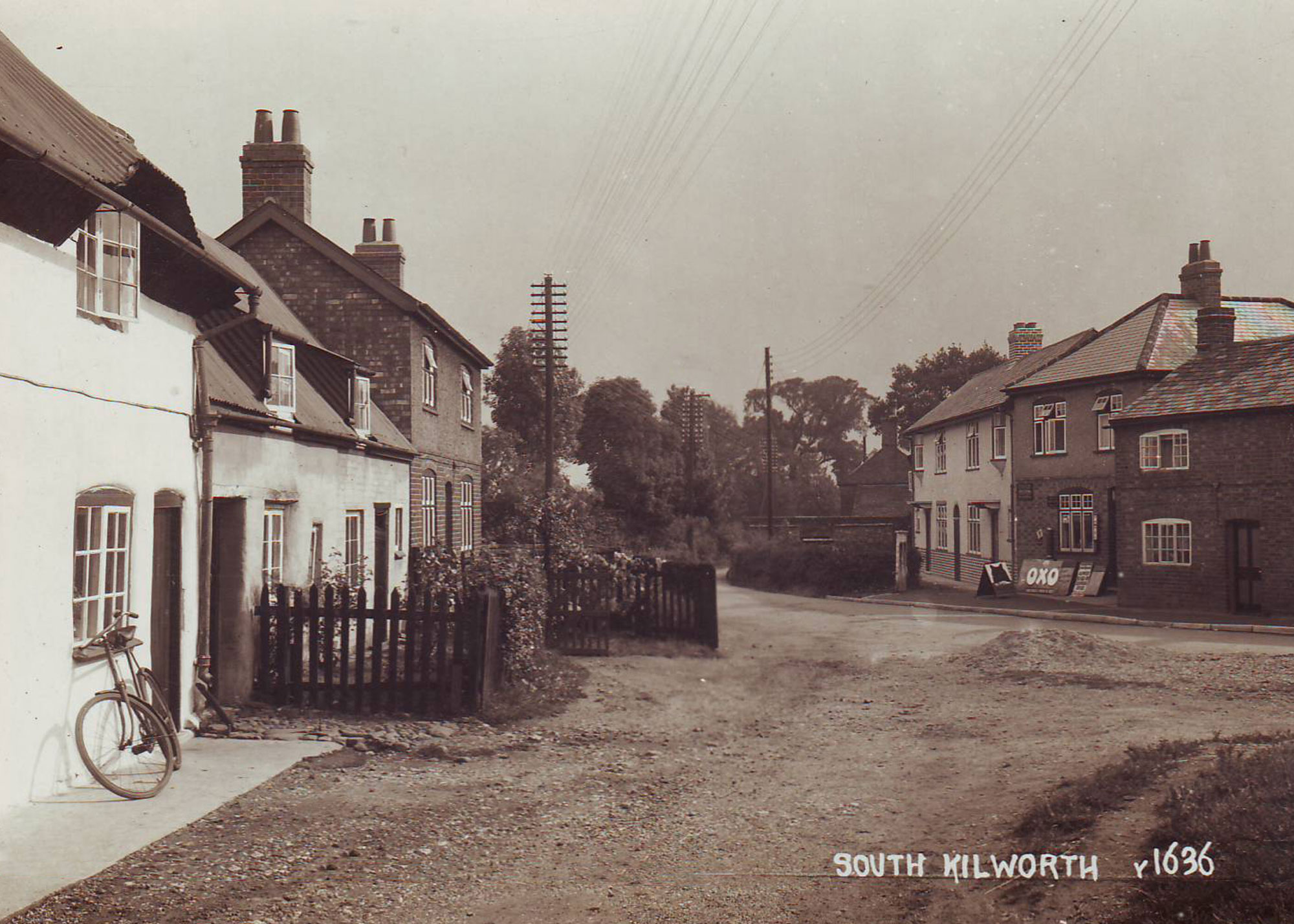 The shape of the village was formed as it expanded at the crossing of the turnpike roads between Rugby and North Kilworth and between Welford and Lutterworth during the 18th and 19th centuries. The historic core of the village is focused around this road crossing and the parish church of St Nicholas.

Both the roads and the village, however, are much older. The light, free draining soils and gravel deposits on the river terraces and valley sides of the Upper Avon was probably conducive to settlement during the prehistoric period. This is supported by archaeological finds in the area: a late Neolithic chisel-ended arrowhead was uncovered toward the eastern end of The Belt and there is evidence of later prehistoric settlement in a cropmark complex, possibly a farmstead, which lies to the south-west of the village and has been designated as a Scheduled Monument. Further cropmarks have also been found to the northeast of this area and are thought to be part of the same complex although they are not included in the Monument.

Evidence for Roman settlement in the area of South Kilworth came from the chance find during ploughing of a single sherd of Roman pottery, and archaeological work prior to development at the Grange and adjacent to St. Nicholas' Church found evidence of a Roman field system as well as many sherds of Roman pottery, together suggesting that Roman occupation or settlement was located nearby.

In Anglo-Saxon and early medieval times the parish of South Kilworth was part of the historic Saxon Hundred of Guthlaxton. Settlement is thought to have been established at South Kilworth before the Norman conquest. Kilworth has been known as Kiueleward in a document of 1177, Kiueiwurd in 1185,Cuuelingwurd in 1195 and Suth Kiuiligwrth in the 13th century. The Domesday book of 1086 records South Kilworth as Chivelesworde or Cleveliorde based on Cyfel or Cufa, an old English name probably meaning ‘the settlement associated with the people of Cyfel'. An alternative theory is that Chivelesworde and Cleveliorde were two settlements which later differentiated into North and South Kilworth. The Domesday Book records South Kilworth, apparently already separate from North Kilworth by this time, as in the ownership of Robert of Vessey and Guy of Rainbeaucourt.

Evidence shows that South Kilworth was a well-established manor, settlement and farming community from the early mediaeval period. The mediaeval and post-mediaeval core of South Kilworth was focused around the parish church of St. Nicholas, which was established during the 12th century and altered in the 15th century. South west of the village evidence suggests that the village once extended southwards from its present location along the stream running to the north west and south east of the present-day core. A mediaeval manorial complex lies in the valley south east of the Rugby Road along the stream course, with a homestead moat enclosing traces of former buildings and two nearby excavated fishponds. It has been suggested that the Manor house was a ‘grange’ of Selby Abbey in Yorkshire and that this site had been part of the lands owned in nearby Stanford-on-Avon in Northamptonshire, by a certain Leuric (hence the name of the house along North Road). Across the Rugby Road earthworks visible on aerial photographs suggest house plots, boundaries and closes, as well as further fishponds, all part of the original extent of the village. Abandonment of this area resulted from the ravages of the plague which severely depopulated many villages by the early 15th century. The evidence forridge and furrow cultivation around the village suggests that the fields were then used for farming, primarily cultivation with some livestock, possibly kept in smaller paddocks closer to the village or on the less fertile and more exposed, higher ground.

In the post mediaeval period the mediaeval manor was held by the Belgrave family in the 16th and 17th centuries. In 1633, it was known as Well Close `where formerly stood the manor house'1. A number of historic buildings from the late 16th century through to the 19th century are located within the core of the village, either adjacent to the parish church or close to it, along Welford Road or Walcote Roads.

The Timbered House on Walcote Road is notable, dating from around 1500 and once linked to Stanford estate. Others include domestic houses and farm buildings within the village, such as the early post-medieval buildings at Home Farm and the former 18th century agricultural cottages along Welford Road, all linked to the agricultural character of the area. Both main roads through the village became turnpikes during the late 18th and early 19thcenturies.

Many distinguished people will have lived and travelled through the Parish. One of the more famous was Dr William Pearson, rector of St Nicholas’ church 1817 until his death in 1847, a founding member of the Royal Astronomical Society. He lived in the Rectory, and built close by an observatory to house one of his telescopes. The Observatory, now a house, still stands today on Rugby Road and a Green Plaque marks his life at The Rectory.

The tower and spire of South Kilworth church, though more than once repaired still stand today, as they have stood for more than 500 years. The church has seen many changes, amongst them the addition of the clock in the tower with its four gilded faces, which was installed as a memorial to the South Kilworth men who gave their lives in the 1914-18 Great War.